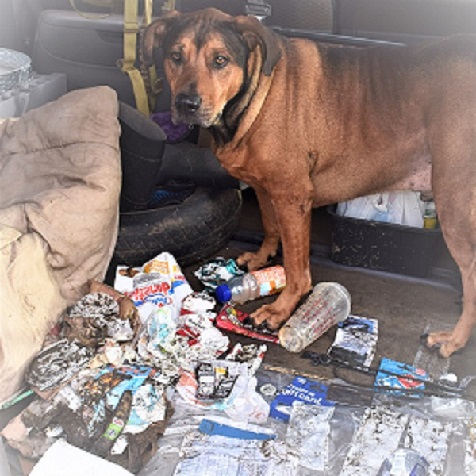 On 01/11/2020, a litterer chose to dump their trash at Price Field in Cloverdale, Oregon. Fortunately, one of our team members noticed a disgraceful mess. We were able to get a team member there who has a background in document preservation. We were able to document and inventory the illegal waste dumping.

We had written about it before in less detail in hopes of corrective behavior; however, Redbull Man decided to leave 2 flatten Redbull cans at the Price field. We are going to go into detail about what we learned about Redbull man. And follow-up with some forensic work, some gumshoe, and an interview or two. So, let’s get started!

Fortunately, one of our team members has document preservation skills, and we were able to preserve almost all the documentation. We did not keep the fast-food trash, however.

Now we will go into detail. That appears to be a homemade device to transport urine. It has a temp gauge on it. When urine is drug-tested, the lab checks the temperature to prevent people from using other people’s urine.

One of the receipts has a car type, a 2009 Hyundai Santa Fe.

A 2009 Hyundai Santa Fe looks like the above photo.

Another document found was a weekly timesheet for Ferrari Enterprises, Inc. It had the name, Arron Delaney, in the name of the employee section. When I first found the items, I thought maybe someone had their car stolen, and trash dumped. Or an ex cruising around an ex’s car and dropped the mess out of frustration of a dirty car. I can imagine many different motivations to move someone to dump garbage, most involve being emo, though. 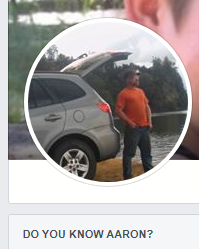 I utilize OSINT and find Mr. Delaney’s profile on Facebook. And right there on his profile picture is his beloved 2009 Hyundai Santa Fe. He has not posted since August of 2019. Thank goodness, Mr. Redbull man came back, or I would have never taken the time to write this article while I am so deeply involved with the Neuroscience research.

However, as I was writing this story and reviewing the inventory list, it seemed odd that someone would not turn in a timesheet. If Mr. Delaney lost his car, he might want the garbage I found. Maybe, Mr. Redbull man still riding around in the car.

I did send Mr. Delaney’s Facebook profile a message, but at the time of this publication, he has not responded.