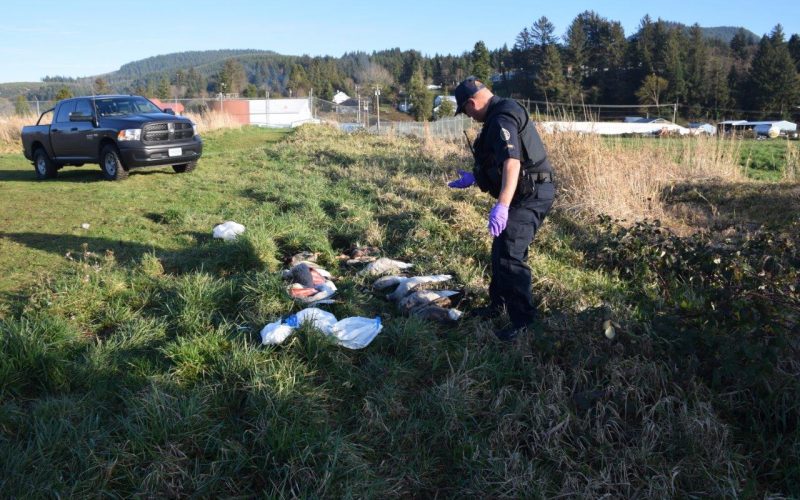 The Oregon State Police tweeted that the subject believed to be involved contacted OSP and the investigation is ongoing.

On Thursday, OSP responded to a report made by Julia Clark of three garbage bags full of birds found while running The Organizations K9 unit.

A total of eight geese and five ducks were found within the three garbage bags. Three of the geese had the breast meat removed and the rest left to waste.

More information can be found in the article Information Wanted